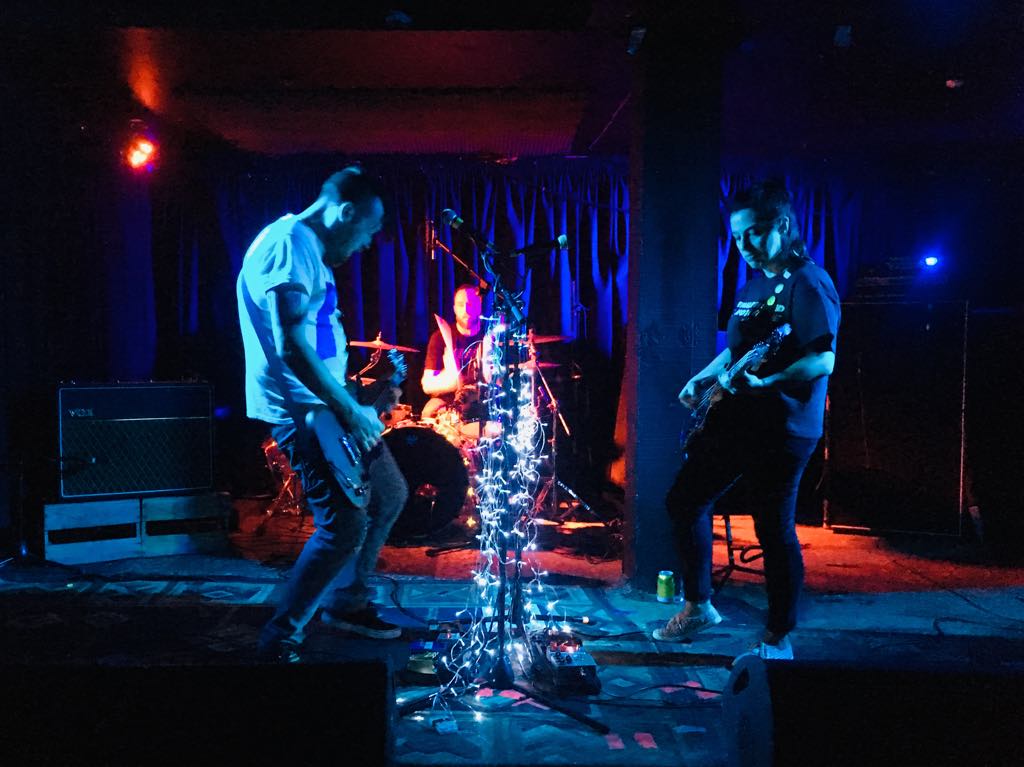 Well I truly don’t know where to start. Wait! I had better start by mentioning that Sophia and I got married on March 2nd, and let’s just say that it was long overdue. We had such a beautiful ceremony with family, and then our friends joined us at the reception and we partied the night away. It really was perfect and I’ve now married the girl of my dreams. Love you Fe!

As for REPAIRS, it’s been a fantastic start to the year for the band, including playing with a couple of Aussie greats – Cakes at Wine Cellar on January 3rd, and resting bitch face punk queens Moody Beaches (that is how they describe themselves) on February 9th at Whammy. Both really incredible acts and we were so proud to play with them. We were also very honoured that Cowboy Dan asked us to play support for their last ever show at Wine Cellar on February 16th, and that was a super fun night.

On April 13th we’ll be doing a show with Duckling Monster and Die!Die!Die! (who just quietly are one of my all time favourite Kiwi bands) at Whammy, with donations going towards the Otautahi terrorist attack victims – so get in, it will be a fun night and it’s for such a great cause.

More info and tickets at https://www.undertheradar.co.nz/ticket/10049/Die!-Die!-Die!.utr

In November last year we recorded our “In the Fridge” live film session. It took place at the Hamilton University and was produced by the Volume collective. These awesome people are a group of volunteers and they did an outstanding job with our videos! We feel so privileged to have had the opportunity to record with them. Sadly they have had their funding cut and have had to call it a day, which is extremely sad. I really hope they set up something in the future. Wishing you all the best for the future team!

And well well well… little old REPAIRS made it on to the 95bFM Top Ten coming in at number 9 last week, and holy shit we made number 1 this week and we couldn’t be more excited! Well done Nic!!! Thanks bFM, we love you. 💖

We also want to say hey to our friends Swallow the Rat, who have just played SXSW and a bunch of shows in Austin TX, looks like you guys had a blast. Also hope Sam and Melissa are enjoying the honeymoon, much love you guys!

Well that’s about it from me, so stay safe and love each other…

The band that tattoos together. ❤️